Musings on the creative process: How to get out of your own way 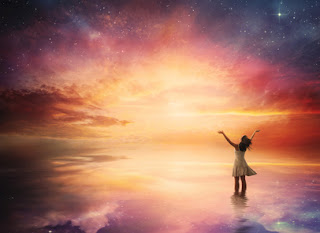 “One must still have chaos in oneself to be able to give birth to a dancing star.”
― Friedrich Nietzsche

Well, there is no lack of internal chaos here.  Reassuring words, as I’ve been grappling with the creative process these days.

Here’s what I’ve learned so far about the process of creating – in this case a public TED style talk, but it could be anything - an article, a blog post, a lecture, a poem, even a painting I imagine, although I am not an artist.

You have an idea. Or rather, an idea comes to you. Inspiration is a fascinating phenomenon. It can come from anywhere. A dream, a conversation, a street sign, a line in a book, the shape of a cloud, a picture.

Something that wasn’t present before suddenly is. Sometimes its’ a trickle, a whisper, a faint notion. Other times, it’s a veritable high speed download of ideas stacked one on top of each other, neatly arranged like a deck of cards. Other times, it’s a chaotic influx of impressions, thoughts, and half formed notions.

So then, the question becomes… what to do with all that. How and where to start?
This first step can be rather daunting. You are not quite sure where to put your foot down, what is solid ground. Or where you might sink into quicksand. You never know.

The best way to find out?

Simply start. Anywhere. It’s not until I actually put words to paper that any sense starts to emerge. So I just go with it and see what comes.

What was a jumble in my head, start to makes sense on paper. Or maybe not. Then I delete and start all over again.

It’s about being willing to just go with it and trust that the creative flow itself will lead me to that dancing star.  The temptation is to control the flow, to dictate its meanderings and course, to take the straight and narrow path to some perceived destination. But the truth is, the creative process seems to have a life of its own, and my job seems to be as much to get out of its way, or rather to let it flow though me, than to try and control its nuances.

So dear reader, don’t be afraid of your internal chaos, it might just led you to that dancing star if you allow it to lead you!

Receive my newest blog in your inbox daily!